A fifteen-strong team of aspiring South African age-group paddlers will test their skills against the world’s best at the Olympic Hopes Regatta in Račice, Czech Republic from 10-12 September.

With the aim of maximising experienced gained at international level, the South African contingent will be racing in as many races as they can, ranging from K1’s to K4’s over distances from 200 metres to 1000 metres. 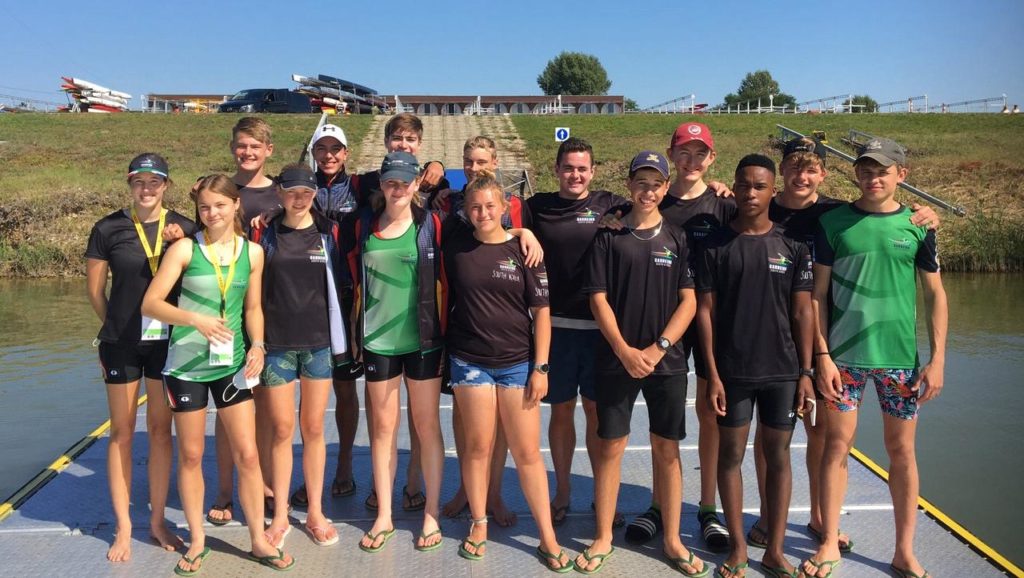 In the boys division there are ten paddlers from Under 15 to Under 17 with Finlay Leask joining the team after he competed in the ICF Junior & Under 23 Sprint World Championships in Portugal last week.

He will be racing in the Under 17 age category with Matthew Privett from Stanford and Hilton College paddler Simon Chubb.

There will be three Under 16 boys taking part in the regatta with Dabulamanzi’s Luke Salmon and Nicholas Erwee joining Lungelo Gumede from Siyaphambili.

In the under 15 age group Dabulamanzi have three paddlers in Jordan Klopper, Theo Dreyer and Tome dos Santos while Border Canoe Club have one paddler in Daniel van Zyl-Smit.

Across the three boy age categories the paddlers will either race in K1, K2 or K4 races with two K4’s scheduled to race in the Junior Boys category.

Looking at the girls racing in Račice, there is a team of five paddlers taking part including Helen Jansen van Vuuren who also took part in the Junior & Under 23 World Sprint Championships last week where she registered a B Final in the K1 1000m.

Jansen van Vuuren is the solitary female paddler in the Under 17 age group and she will race the K1 and K4 races.

There’s a strong group of Under 16 girl paddlers with Neriyah Dill, Amy Duffett, Kerry Elliott and Caitlyn Evans all in line to make their international debuts.

The girl’s racing will see all of the Under 16 paddlers line up in the K2 and K4 races while Dill, Duffett and Evans are also going to be competing in their K1.

Besides for Jansen van Vuuren, Leask and Privett, who raced at the Olympic Hopes Regatta in 2019, this will be a first taste of international competition for the rest of the team that begin their racing on Friday.

This regatta gives the paddlers the opportunity to test themselves against their counterparts from around the world and assess their abilities as they begin their international sprinting careers.