Ponte de Lima – The South African challenge for medals at the ICF Canoe Marathon World Marathon Championships gets under way in earnest on the Lima River in Portugal on Thursday morning.

The first day’s action then shifts to the new Short Course Marathon races, where Jenna Nisbet and Nikki Birkett will represent South Africa in the women’s field and Hank McGregor and Uli Hart will start their heats looking for a place in the final later in the afternoon, with an eye on the podium.

On Friday the spotlight shifts back to the juniors, where Saskia Hockly will be back in action, this time racing with her younger sister Valmajean in the U18 women’s K2 race, with Holly Smith pairing with Neriyah Dill in the other South African boat.

On Friday afternoon the Under 23 K1 racing starts with the women’s field including South Africans Christie Mackenzie and Jade Wilson for the six lap marathon race. 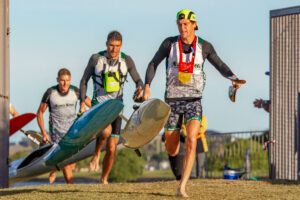 The final race on Friday will see Team SA mount a considerable challenge for the Under 23 Men’s podium when national champion Hamish Lovemore joins Uli Hart on the start line. Lovemore comes into the event off a three month training campaign in Europe and winning a medal in the 5000m at the Under 23 Sprint Worlds in Hungary.

On Saturday morning the paddling world will watch the planets best senior marathoners dice it out in singles, with Nikki Birkett the solitary South African female challenger, after the withdrawal of Bridgitte Hartley, lining up alongside triple world champ Vanda Kiszli in the women’s race. In the star-studded men’s K1 race the Team SA colours will be worn by the new World Games marathon champ Andy Birkett and Hamish Lovemore.

The four days of racing concludes on Sunday with the K2 races, where the South Africa challenge for the junior podium will come from the crews of Luke le Roux and Josh Smith and the combination of Josh Simpkins and Matt Coetzer. 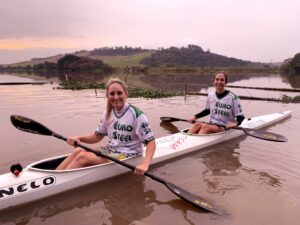 The senior K2 title deciders will be contested by Christie Mackenzie and Jade Wilson and Jenna Nisbet and Pippa McGregor in the women’s race, while McGregor’s husband Hank McGregor takes to the water for the final K2 race with Jasper Mocké hoping to claim another Senior Men’s K2 world title together, with Andy Birkett and Nicky Notten harbouring the same intentions in the other South African boat.