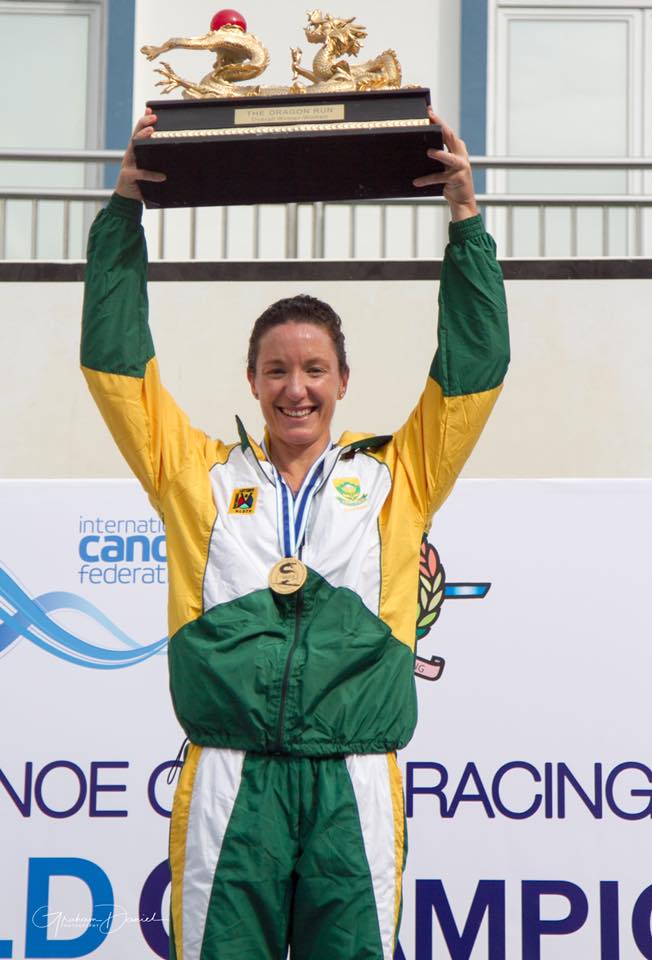 Nixon, who came to canoeing and surfski racing from a rowing background, finally realised a lifelong dream of becoming a world champion, after having won the Surfski World Series title.

“World champion – I think I’m going to cry,” she said on the finish line. “I’ve been waiting to hear that all my life. It just feels like I have ticked this massive box!”

Nixon said that the tough flat and windless conditions combined with the very humid weather had made the race particularly taxing, which played into her hands.

“I’m really efficient when it’s long and hard. For me, the harder the better. That’s where I really get to thrive.”

“I think a lot of these girls come from surf lifesaving and big wave backgrounds, so they’re really lethal in the runs. That’s where they’re efficient.

In the junior race Sabina Lawrie was all smiles as she climbed to the top step of the podium after winning the U18 Girls title, ahead of Australian schoolgirl Georgia Sinclair, with fellow South African Zara Wood claiming the bronze medal.

“The race was very hectic. There was absolutely no wind so it was a solid grind from start to finish,” said Lawrie.

“It was stressful being behind the first girl until the last two kays, but I am very stoked to win,” she added.