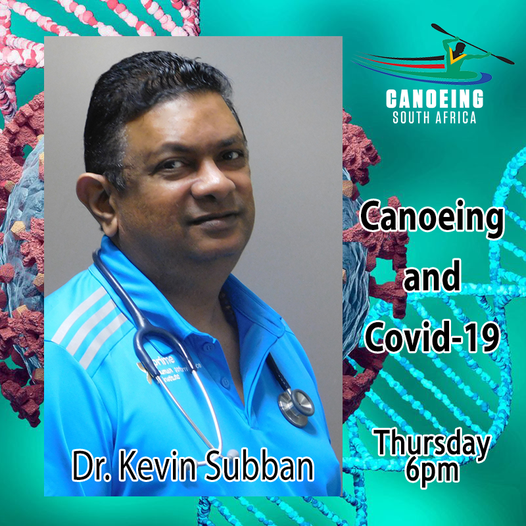 Join us for a chat with SA Olympic doctor Dr. Kevin Subban tomorrow on our Facebook Page!

Lanzarote, one of the Canary Islands, off the North West coast of Africa was the scene of the ICF Ocean Racing World Championships, held last Sunday.

The covid pandemic resulted in a number of countries being unable (or unwilling) to travel to the event. The majority of our national team, who travel on South African passports, were denied the opportunity to attend.

The organisers of the event had assured us that they would be able to obtain permission from their local health authorities for our entire team to enter the country. However, the promised letter never arrived and our team members were unable to apply for a visa.

Seven South Africans, who had foreign passports, were fortunate to be able to travel. And travel they did.

Our locals revelled in the conditions and the results reflected as much.

Ironically, the seven fortunates were not far off of who we would have sent, if we could only have sent a single participant in each class, in any case. Nic only finished 8 seconds behind Hank in the trial. Michelle, Saskia and Josh all won their classes. Uli was second to Josh Fenn and Jade was second to Kira in the U23.

If our full team had been able to travel, we would, no doubt have come home with a bigger medal haul.

All of this, however, needs to be looked at in the context of the fact that neither Australia nor New Zealand were in attendance.

Perhaps a small consolation for our years of rugby isolation when they crowned themselves as world champions when we were not there.

Notwithstanding our tremendous results, one thing that is blatantly apparent is the rise in standard and participation levels of the European countries.

Just as with marathon paddling, we need to enjoy these golden years while they last.

One of the stand out performances at the Lanzarote event must be that of the winning junior boy, Bernardo Pereira, from Portugal. He beat our Josh Smith by nearly 7 minutes and finished 7th overall. Josh is a fantastic paddler and easily won our national championships.

A bone of contention that needs to be debated at ICF level is the awarding of medals across the classes when there is a mass start.

As things stand, a paddler is forced to nominate themselves in a particular class, and cannot win a medal outside of that class. So, for example, Uli came 3rd overall. He was not awarded the 3rd place because he had nominated himself as U23. Ana Swetish won the U23 but was not awarded the medal because she had nominated herself for the open class.

Our hearts have to go out to the team members who were forced to stay at home due to the travel regulations. Many of them missing out on an opportunity that may not present itself again.

Other paddlers who are missing out are those who had entered the 60th running of the Berg River Marathon which would have kicked off from Paarl this morning.

The organisers are stuck between a rock and a hard place with regard to the covid regulations and the local authorities.

Hopefully the 3rd wave steers clear of the Western Cape over the next few weeks and the massive training efforts that so many people have made do not go to waste.

Our calendar has ground to a halt for the next couple of weeks.

Covid numbers are not looking good for a quick resumption of activities.

At least we can still get out there. Unlike this time last year when neighbours were throwing each other under the bus for walking their dog.

The lack of activity on the calendar has given us the opportunity to revamp it.

If you go to the website, you will notice that we have a new google format.

The techno geeks have assured me that this can easily be downloaded into your outlook calendars and other stuff.

Give it a crack.

It is still a quasi work in progress, so don’t flip if it is not perfect first time.

Two boys are playing cricket on a field in Durban, when one is attacked by a vicious Rottweiler.
Thinking quickly, the other boy took his cricket bat and managed to wedge it down the dog’s collar and twist, luckily breaking the dog’s neck and
stopping its attack.
A reporter who was strolling by sees the incident, and rushes over to interview the boy.
“Young Sharks Fan Saves Friend From Vicious Animal,” he starts writing in his notebook.
“But I’m not a Sharks fan,” the little hero replied.
“Sorry, since we are in Durban , I just assumed you were,” said the reporter and starts again.
“Stormers Fan Rescues Friend from Horrific Attack,…” he continued writing in his notebook.
“I’m not a Stormers fan either!”, the boy said.”
“I assumed everyone in Durban was either for the Sharks or Stormers. So what team DO you root for?” the reporter asked.
“I’m a Blue Bulls fan”, the child beamed.
The reporter starts a new sheet in his notebook and writes:
“Adolescent sadist from Pretoria Kills Beloved Family Pet.”