When the sprint canoeing event gets under way at the Tokyo Olympics on Monday 2 August, seasoned official Alan Witherden will be on duty at the Sea Forest Waterway, eager to serve at his fourth Olympic Games.

72 year old Witherden has been a long serving official at global flatwater sprint regattas, having served as an official at ICF World Cup and World Championship regattas since 1997, and is quick to point out that the 2021 Olympic Games are quite unlike any other regatta that he has served at.

“It is an incredible honour for me to adjudicate at the Tokyo Olympic Games that obviously will be vastly different from the previous Olympics where I’ve officiated,” said the Gauteng-based Witherden. 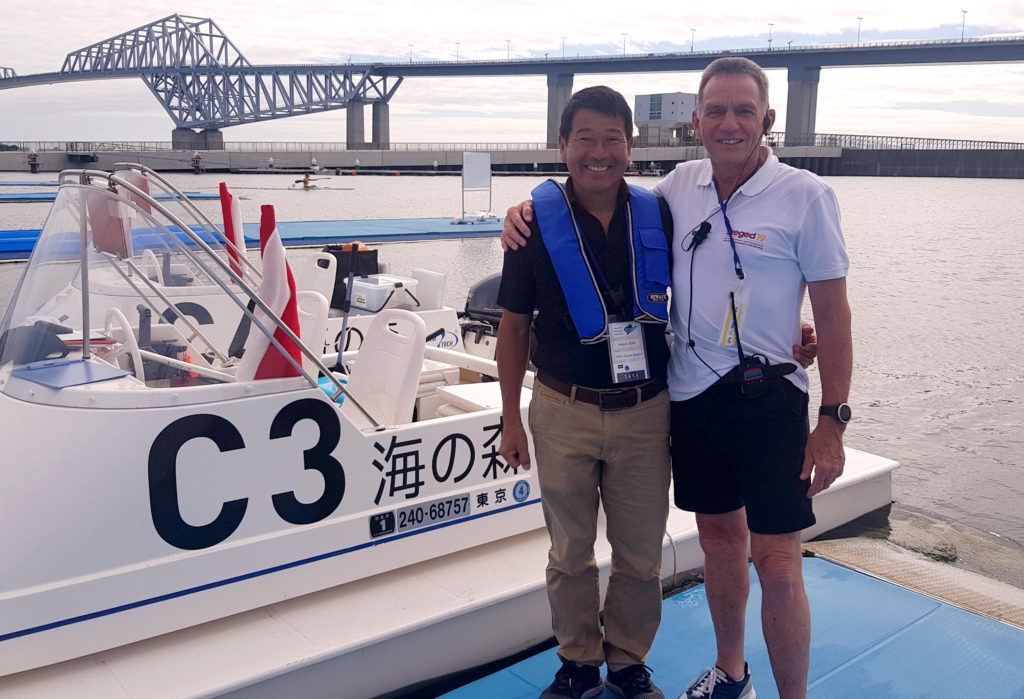 “Whilst I’m excited to be part of the Olympics, I appreciate that we will all live a restricted life in Tokyo. Other than being on duty at the competition venue in the mornings from 2 – 7 August, we will be confined to our hotel rooms.

“A 69 page playbook defines the conditions under which we operate including no socializing, the daily Covid tests and a health report, individual tracking via one’s mobile phone and much more.

“I guess we’re used to that reality with the experience of living under conditions of lockdown since March 2020!” he added.

Having served at the Olympics in Athens, Beijing and Rio de Janeiro, Witherden grasps the importance of the role of the task he has to perform on the umpire’s catamaran, but even more importantly the ethical expectations of an Olympic official.

“At the opening ceremony, nominated athletes, officials and coaches take the Olympic Oath on behalf of the group they represent. The judges are then required to recede into the background and perform their duties according the oath – honestly, fairly and without bias,” said Witherden.

Witherden will scrutinise each race from one of two catamarans following the paddlers, ready to rule on any possible infringements.

“Being a course umpire has it’s challenges as one has to watch for any infringements and take instantaneous decisions and report them to the finish tower. If serious, a report will be written that will be evaluated by the jury and in a hearing if a disqualification is recommended.

“The pressure is intense as one is called as a witness if the ruling is contested and the Course Umpire needs to be able to defend his or her judgement knowing the broadcast TV cameras will be available to evaluate the integrity of the ruling.

“That is why the information need to be accurate and credible in case there is a hearing. Where Olympic medals are at stake, there is every reason to contest any view of the course umpire.