The domination continued in the Under 23 race where Capetonian Uli Hart won men’s title, and finished second overall, while Jade Wilson added the women’s Under 23 title to her name.

Durban schoolgirl Saskia Hockly added a fifth world title to the Team SA haul when she won the juniors girl’s world title with her younger sister Valma Jean joining her on the podium finishing third. Josh Smith added a further medal to the team haul when he finished second in the junior boy’s race. 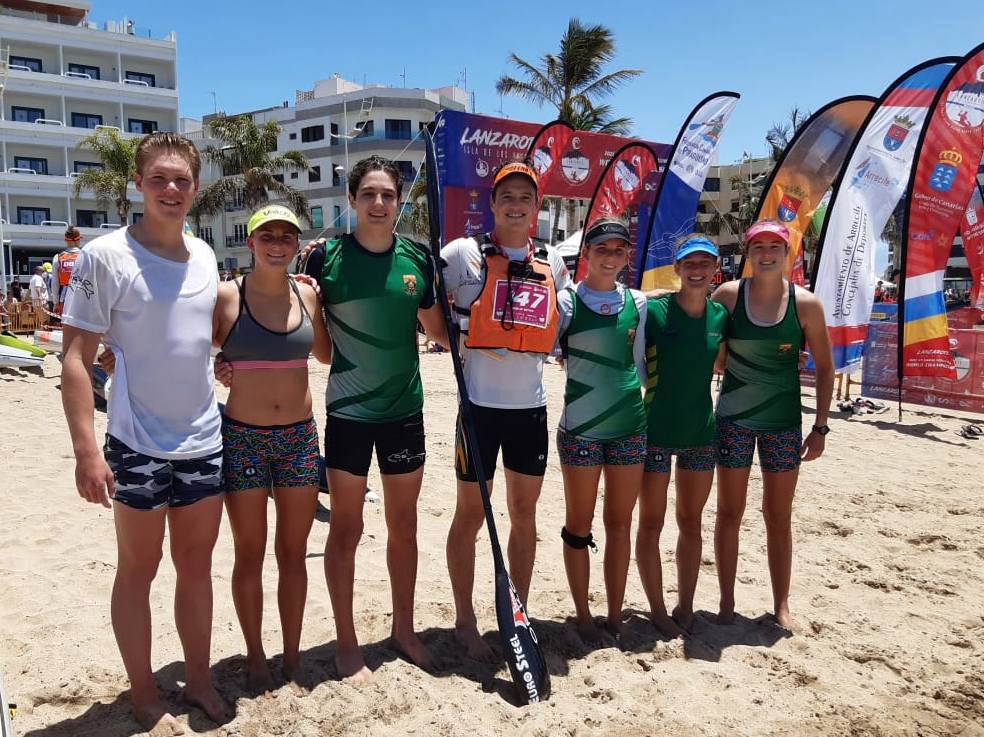 In the masters age groups Oscar Chalupsky added a further gold medal by winning his age category, celebrating his return to competitive racing after a lengthy layoff to focus on his cancer treatment.

The domination of the medals by the small South African team will be cold comfort for the two-thirds of the national team that was unable to travel to Lanzarote for the global title deciders as they were unable to get visas. Only those athletes with second passports were able to make the trip.

European paddlers secured podium finishes in many of the classes, taking full advantage of the absence of the Australian and New Zealand paddlers that have historically featured regularly amongst the medals.