St Francis Bay – Andy Birkett and Hank McGregor won a thrilling race for the men’s K2 title at the South African Marathon Championships on Sunday afternoon, ratifying their selection as part of the national canoeing team to the world championships in Portugal in September.

The current world number one and two, who won the FNB Dusi title together in January, held a steely grip on a thrilling fast-paced five boat duel for the podium places and, more importantly, the two berths in the national team. 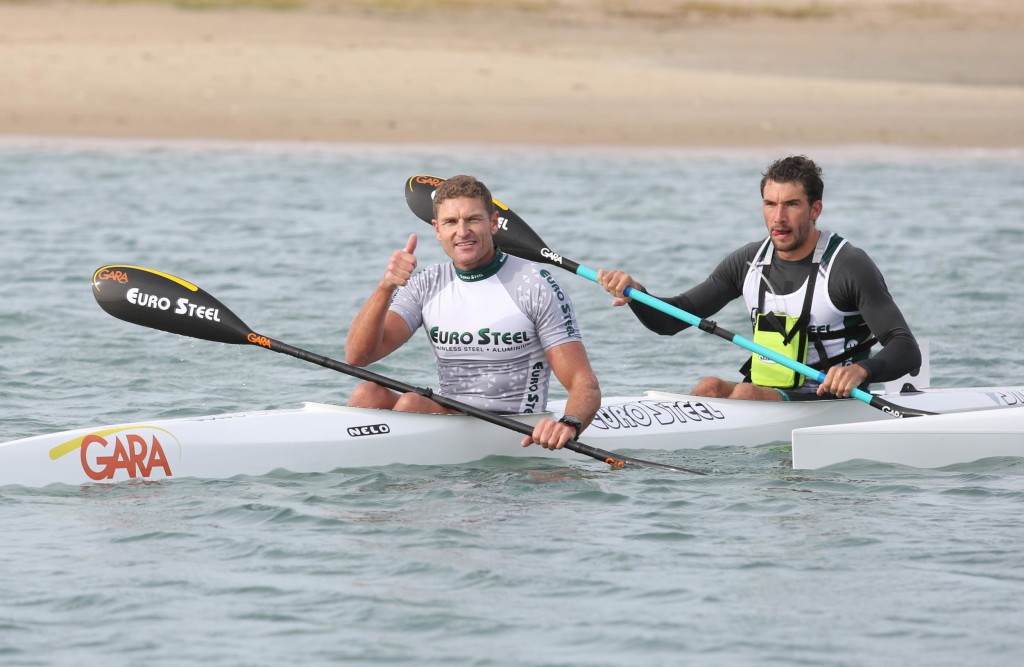 The Euro Steel team mates paced their tactical race perfectly and were able to power home at the end of the seven lap, 30 kilometre duel on the canals of St Francis and the Kromme River estuary, while the Cape crew of Stu MacLaren and Kenny Rice sensationally grabbed silver in an absorbing race for last men’s K2 spot in the national team.

MacLaren and Rice outlasted the tenacious Louis Hattingh and Hamish Lovemore in the end-sprint, dramatically depriving the former K2 world champ Jasper Mocké and Nick Notten of a place in the medals.

“It was a tricky course, it was very easy to make a mistake” said McGregor afterwards.

“We played it safe over the last couple of kilometres and made sure we kept in front all the way to the finish.

Birkett was thrilled with the win and the prospect of partnering ten times world champion McGregor in the K2 race at the world champs.

“It was awesome racing with Hank (McGregor) today, and it leaves me so excited to go on and race our hearts out at the Sella Descent and then the worlds in Portugal,” said Birkett.

The women’s title was just as dramatic as London Olympics 500m K1 bronze medallist Bridgitte Hartley completed the women’s double by winning the K2 gold medal with her new partner Melissa van Rooyen, at the end of a dramatic four boat arm-wrestle on the tight course, with a gusting wind complicating matters. 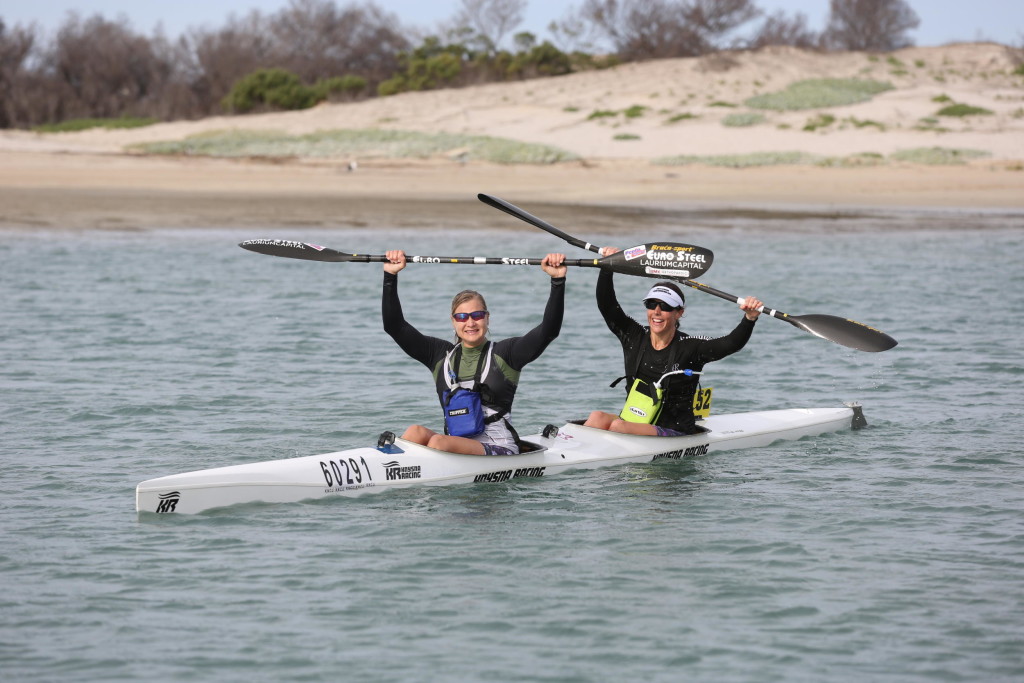 K2 I knew was always going to be a challenge,” said Hartley afterwards. “This was the most competitive women’s field ever.

“I just decide to keep a cool head and play the game, play the tactics, and it is all about getting better and better at the end.

“The last portage is always the most important, and I happened to have great last portages in both my K1 and K2 races, just when it counts the most.

She said that she had tried to hide the fact that they were carrying a lot of water in the boat on the short final lap after the last portage.

“I warned Melissa that she might jump into deep water at the portage take-out, but told her not to worry if I went with the boat, she must just follow.

“We took on so much water at the last portage but I decide that I was just going to pull the boat with all the water in it because stopping to empty would have taken too much time.

“We paddled the last 800 metres full of water. I am surprised that we actually managed to pull away from the others,” said Hartley.

Silver went to Hayley Nixon and Christie Mackenzie in a sensational comeback after looking dead and buried after dropping off the bunch on the penultimate lap.

They surged past the tenacious Cape crew of Bianca Beavitt and Melanie van Niekerk, while the pedigree crew of Jenna Ward and Kyeta Purchase, both former world champs medallists, were left reeling in fourth place.

The event concluded with the ratification of the national junior, senior and Under 23 teams for the world championships in Portugal in September.