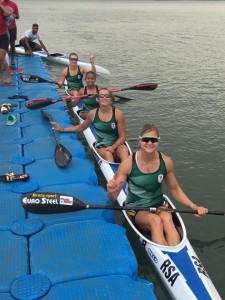 eam South Africa’s canoeists continued its winning ways at the African Games in Rabat on Thursday, adding a cleansweep of gold medals in all four finals they contested at the regatta course outside Rabat to the gold and silver medal results on the first day of competition.

Esti Van Tonder blitzed her way into the women’s 500m K1 final to set the tone for the day, and them obliterated the women’s field in the final to win the gold by ten seconds from Tunisian Khaoula Sassi.

London Olympic bronze medallist Bridgitte Hartley and her K2 partner added the next title to the team haul when their emphatic final showing earned their gold medals ahead of the Tunisian pairing. 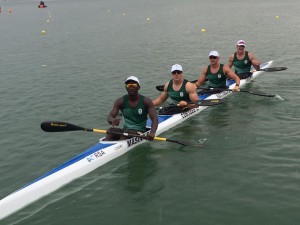 Hartley then stoked the women’s K4 that included Hutton, Nosipho Mthembu and Van Tonder to a comprehensive win, in what was Mthembu’s first taste of international competition.

On the opening day of the continental showpiece Louis Hattingh and Jarryd Gibson scooped the gold medals in the men’s 100m K2 final, after Hattingh had opened the SA paddlers account with a silver in the Men’s m1000m K1 final.