This time next week, I will probably be on a drip somewhere in Brandenburg, after having completed (hopefully) the masters K1 marathon.

I have been practicing fervently for the event for a number of weeks now. The beer drinking came naturally. The Eisbein took a bit of getting used to. The lederhosen have been somewhat of a challenge. It may have something to do with incorrect sizing. My voice seems to go up an octave or two when I put them on. 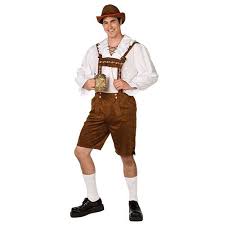 South Africa is sending over a smaller team than usual, but a potent one nonetheless. Over the past few years, led by the irrepressible Hank McGregor, our marathon paddlers have produced some awesome results.

Gold medals have become commonplace. This outstanding history has piled the pressure on each consecutive team, with lofty expectations from the normally critical armchair brigade.

This year will be no exception. A silver or bronze medal in a world championships is a phenomenal achievement. To some of our athletes, it will feel like a failure.

We have superb chances in many of the categories, including the Zimmer frame battalion.

I will ensure that everyone at home is well supplied with information. So, get onto Facebook, and also find out where to connect to the live streaming. You can do livestreaming while we are doing live screaming.

The last of the extremely popular McGregor marathon series will be held on Friday evening. Many of the SA team will be there. I am sure there will be a small send off celebration.

More people who may be celebrating will be paddlers who are battling to qualify for major races. The CSA board have agreed to a proposal by the marathon committee that the “escape clause” currently in place, allowing novice paddlers to paddle in the back of a boat with a paddler who has done 10 of that particular race, has been reduced to 5.

This will increase the number of people who will be able to take novices down rivers, and will hopefully reduce a barrier to entry somewhat. The novice paddler will still need to do the required proficiency tests, and will need to sign an acknowledgement that they will be sitting in the back. This rule will apply with immediate effect.

Two very successful major races were held over the weekend.

The predicted doom and gloom of a very low river did not materialize at the Breede. Although the river was not in flood, it was very manageable, even in a K3.

The race up front was hectic, with 3 boats finishing within a minute after the first day.

Jasper Mocke and Stu MacLaren started the second day with a 17 second advantage over Solly the great and Greg Louw. The 2 Rice pops in third, a frustrating 45 seconds further back. Stu followed strict instructions and pinned his ears back for the 1st 10kms of the second day, without looking over his shoulder (they covered the 10 kms in 33 mins, on a low river).

This was enough to take the fight out of Solly’s ageing frame, and they finished nearly 3 minutes back. Rice squared blew a valve and lost a further eight minutes.

The Eurosteel Liebenbergsvlei race was also a huge success. A guaranteed flood of water, great hospitality and much baboonery at the overnight stop (reminiscent of the old Fish days), made it a memorable occasion for all who attended. Definitely one to put a tick next to when planning your next season.

Graham Paull and his coach have arrived safely in Rio. Graham has picked up a slight infection, but is enthusiastic and raring to go. He still has a week to prepare. Hopefully I will be able to send some news from Deutschland.

Short and sweet for this week

Next week in German
Copper
1111

Mocké and MacLaren race away to snatch 2016 Breede honours
Stuart MacLaren successfully defended his K2 title at the Breede River Canoe Marathon with his Euro Steel team mate Jasper Mocké, finishing the race in emphatic style after refusing to rely on their overnight lead. Read the full story here.

South African K1 Championships
The Hansa Fish River Canoe Marathon plays host to the 2016 SA K1 Championships! Make sure that you get your entry in early for this one! It is one that no one wants to miss!! Entries will open on 1 August so stay tuned here to find out more.

Gauteng Canoe Union
The Vaal Canoe Marathon is the highlight in Gauteng this weekend! Make sure that you get down there to support the paddlers and good luck to all those taking part!

KwaZulu-Natal Canoe Union
The final leg of the McGregor Paddle Series takes place this Friday at Kingfisher! Racing starts at 17:15. The Supa Quick Fezela Classic is happening this weekend. 11 September, from Camps Drift to Moto-x Weir. 9am start!

Western Cape Canoe Union
Vrede en Lust Franschhoek-Paarl K1 Race | Saturday, 10 September 2016 | Registration: 7h30 – 8h30 | Venue : Riverside Picnic area, just before the bridge over the Berg on R45, between Simondium and Franschhoek. The Bistro haven’t opened for summer yet, but they will have coffee and tea for sale before the start at the picnic area. Start time : 9h00 | Finish : New Paarl Canoe Club | Distance : 19km

PE2EL Surfski Challenge
Enter “The Challenge” at the special Early Bird Rate: Fees paid, and entry submitted by 15 June 2016: R2500! See our website www.bordercanoeclub.co.za for more info. We have officially “launched”, and are open for entries. We offer an experience of a lifetime, along the most impressive coastline in the world. This is an adventure not to be missed. Not for the fainthearted! Check the poster and get your entry form here!

2016 Fenn Cape Point Challenge
Planning is already under way for this iconic annual event, which takes place on 17th December, 2016. Entries open in October. More information here. Time to dust off those paddles and start logging the miles!

Second hand Fenn Double Elite (Carbon or glass).
Based in CPT, but could arrange shipping.
Contact Gustav via this e-mail address or 084 234 1731

Got something to sell?? Let us know and we will include it in our classifieds section! Email nick@gameplanmedia.co.za to get your advert out there!