The win completes a notable SA title double for Lovemore, who is still an Under 23 paddler, after stunning the event by winning the senior K1 title on Sunday. 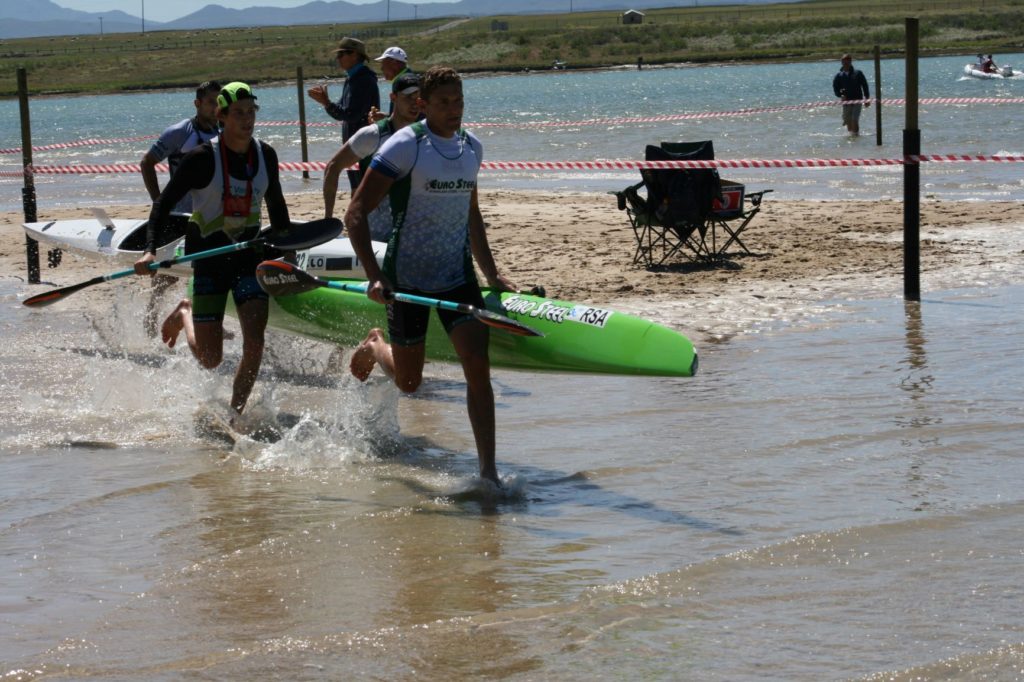 The MacSquad duo controlled the six lap race on the canals of St. Francis superbly, and made a decisive break on the third portage to get away from Cape challengers Nick Notten and Uli Hart and the Gauteng crew of Clint Cook and Wayne Jacobs.

From there they staged a breathtaking fifteen minute charge that put the result beyond doubt, allowing them to savour the hero’s welcome at the finish for the eleven-time world champion McGregor and his young protégée.

“I know there wasn’t the hype of the end-sprint, which the crowd loves, but it was an amazing feeling to come into the finish knowing we had it in the bag,” said Lovemore.

He was elated to have pulled off the senior title double with the K2 victory, but quickly downplayed it.

“It wasn’t a national team selection event because the world champs aren’t happening this year, but it was still good to win against such a strong field.”

He added that the experience of paddling behind an athlete of McGregor’s calibre had been thrilling.

“He has such a calm head. After a few laps we knew we had to speed to do the job but when he said on the third portage ‘This is it’ I knew that I had to deliver.

“We went really hard for the next five kays or so till we knew we had it in the bag,” said Lovemore.

He said the double was a fitting reward to the forty-strong MacSquad that has been training through the lockdown period, and while smaller than other training squads, they had managed to clinch a pleasing number of gold medals over the nine days that hosted four SA championship events.

The Cape duo of Notten and Hart duly wrapped up the silver medals, unaware of the drama that being played out behind them.

The Gauteng crew of Cook and Jacobs had put in after the fourth portage just behind Notten and Hart, only to have their rudder steering system fail, forcing them to the bank to effect emergency repairs.

Fourth-placed Andy Birkett and Jasper Mocké were racing alone two minutes back, but this buffer allowed just enough time for Cook and Jacobs to fix their rudder system and scamper away to save their place on the podium.

Bartho Visser and Gustav Smook were impressive in taking the fast-paced Under 23 title, while the Michaelhouse powerhouse duo of Sam Butcher and Matt Millward were merciless in their demolition of the junior field.

The women’s race was going to be a two-boat showdown from the start with the KZN Marathon champions Jenna Ward and young Under 16 Saskia Hockly taking on the experienced pair of Christie Mackenzie and Bridgitte Hartley.

Ultimately it was the former who showed the form that has seen them become a marathon force in a short space of time and gives Ward three senior gold medals this week while Hockly bagged three junior golds and one senior gold medal. 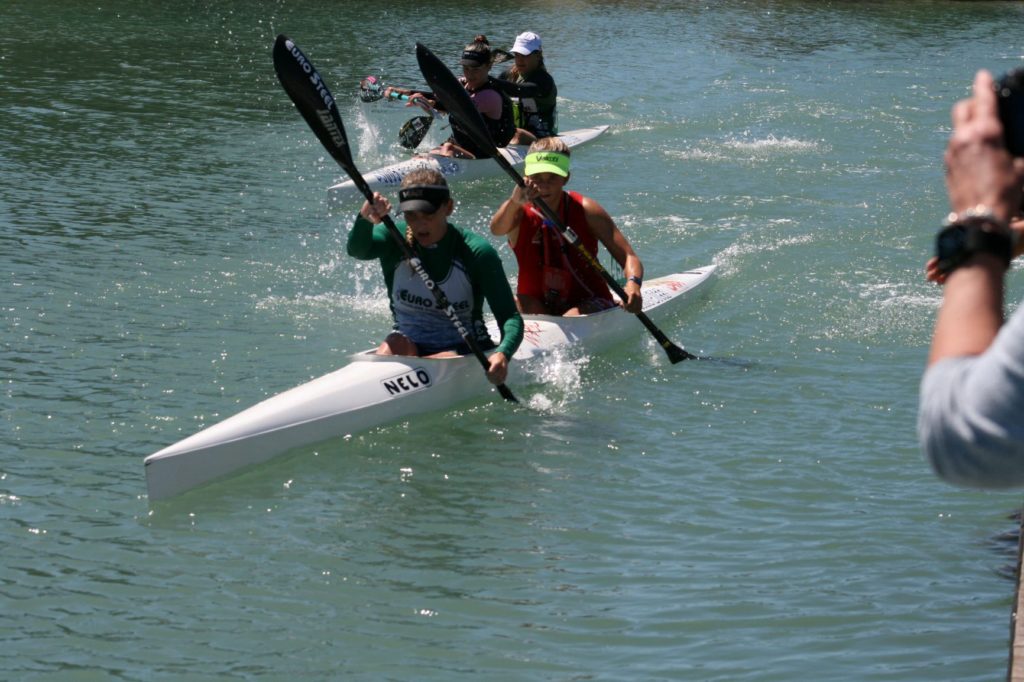 The pair teamed up at the eleventh hour to win the SA S2 championship at the Bay Union King of the Bay, after which Jenna Ward won the women’s S1 championship on Saturday and Hockly won the junior category.

Ward finished second in the senior women’s K1 race on Sunday while Hockly cruised to the junior title. They then completed their three days of racing in St. Francis with their gold medal in the K2 race on Monday in an impressive display.

“I never ever thought it would be a reality to be honest,” Hockly said about being the senior national champion. “Especially now, in my first national marathon championships!”

Jenna Ward added to the sentiment of how talented Hockly is, given her young age.

“Our coach Lee (McGregor) saw her potential and said that this girl is going to go places so I need to utilise her,” Ward laughed.

“She was so strong in the back of the boat today!”