The training partners from Durban pooled Mackenzie’s strength and McGregor’s decades of marathon racing intelligence to catapult themselves into the lead on the last of their six portages, and once they took control at the front of the race, the end-sprint was a formality.

In a thrilling dice either side of them locals Uli Hart and Kenny Rice outmuscled Andy Birkett and Nick Notten to grab silver, and, crucially, the last senior men’s K2 slot for the world champs in Romania later in the year.

The veteran McGregor was delighted to have been able to control the race and then to be able to deliver the telling blow in the final five minutes. 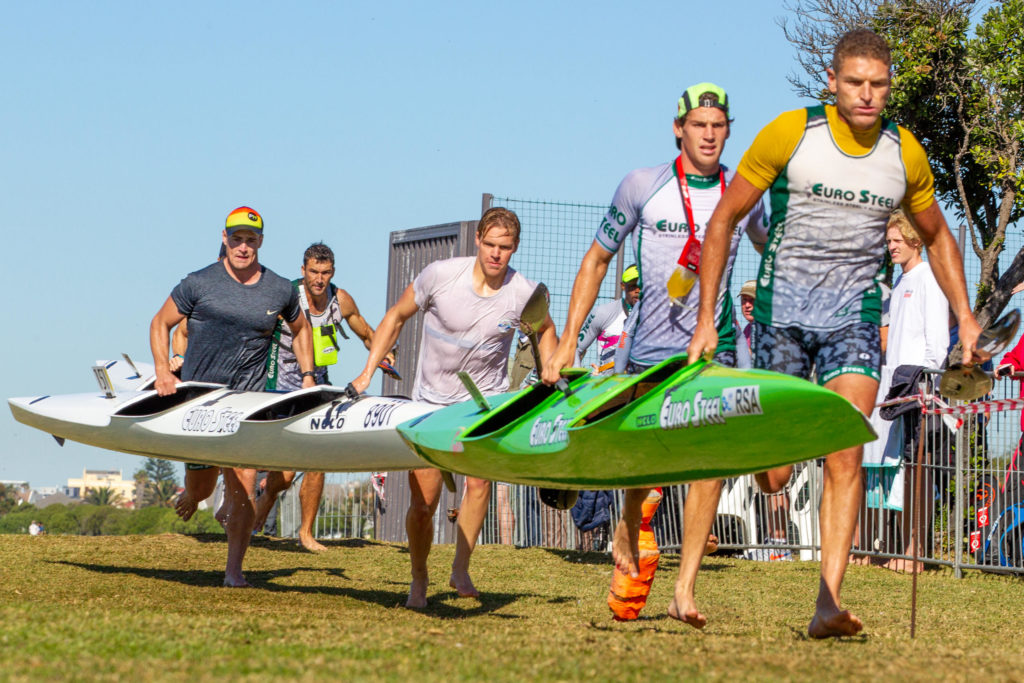 “My partner was really strong today,” said McGregor, crediting Lovemore for his trio of wins in the senior K2 race, the Under 23 K1 title decider on Friday and his dramatic victory in the seniors men’s K1 race on Saturday that he had hinted he was planning to sit out.

“We left it till it counts and we managed to capitalise on the final portage and pretty much held the lead to the finish,” said McGregor, who came into the race nursing bruised ribs after a heavy fall on the jetty on Saturday.

Lovemore knew he could rely on the tactical nous of McGregor to control the pace of the race, as they were both tired and sore from the previous days races.

“I got really worked over by Uli Hart on Friday and Hank was sore from his fall, but he drove absolutely brilliantly. I think we were on the diamond for most of the race,” said Lovemore.

Lovemore confirmed that he will take up the senior men’s K1 place in the national team for the world champs to race alongside McGregor. “It’s a MacSquad thing!” he said. “I am excited to go into the worlds with Hank in singles and doubles in seniors.

“Besides I am only 21 so if it doesn’t go according to plan I can always have a go at the Under 23 worlds next year,” he added.

Hart and Rice were the toast of hosts Peninsula Canoe Club after grabbing the silver. Hart admitted afterwards that the end of the race had been nerve-racking as they rudder system was malfunctioning.

“I was really stressed because I didn’t know if it would hold out,” he said afterwards.

The women’s title fell to the Durban duo of the recently married Jenna Nisbet and teenager Saskia Hockly, retaining their national crown, with silver going to Bridgitte Hartley and Christie Mackenzie, ensuring a carbon copy of the top two positions from the nationals in St Francis last year. 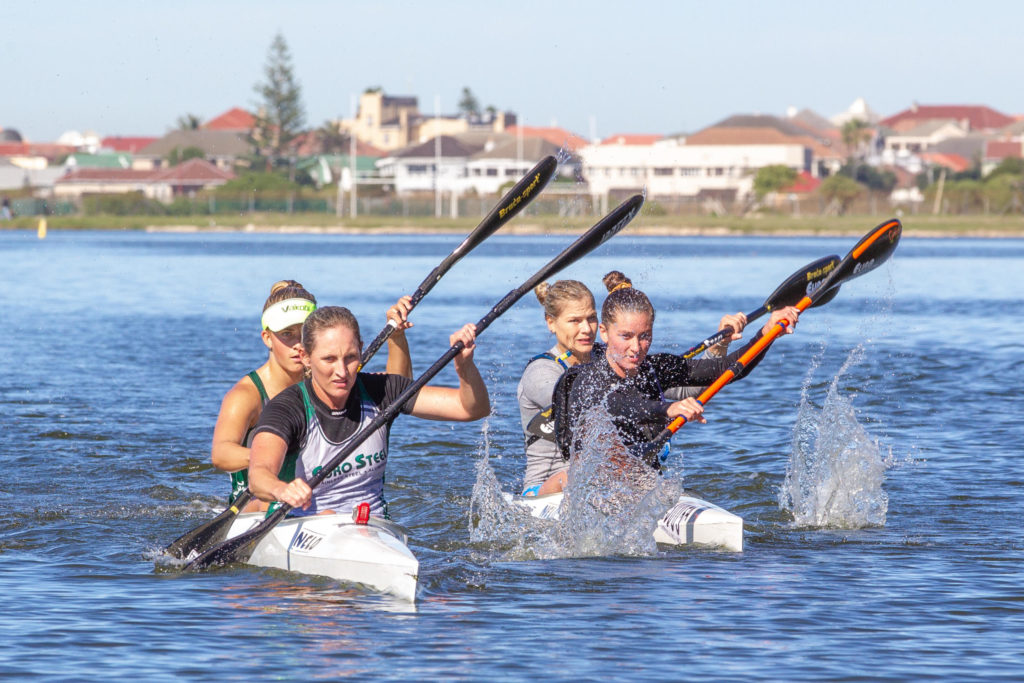 Nisbet, who finished second to Hartley in the duel to the line for the singles honours on Saturday, was able to enjoy the spoils from her thriving partnership with Under 18 Hockly.

“We had the lead but Saskia was saying “They’re coming!” so we just had to go faster till she stopped saying that,” she quipped.

The three days of national title deciders doubled as the national trials for the world championships in Pitetsi in Romania in October.