Team South Africa returned from the recent Olympic Hopes Regatta in Račice, Czech Republic with plenty of positives as the next generation of flat-water sprint paddlers begun their international careers.

It was an intense weekend of racing for the South African paddlers across the Under 15, Under 16 and Under 17 age groups and a number of the paddlers produced strong performances in their heats which resulted in numerous semi-finals for Team South Africa.

There were a few stand-out performances from the team with Luke Salmon putting in good performances in the Under 16 K1 1000m and K1 500m finishing fifth and second in his heats. He then narrowly missed out on the A Final by two places in his semi-final.

Also impressing for Team South Africa was Jordan Klopper who finished second in his Under 15 500m K1 heat and then sixth in his semi-final. In his K1 200m event he was third in his heat and narrowly missed out on the A Final finishing sixth in the semi-final.

After making her debut at the Junior and Under 23 Sprint World Championships earlier this month Helen Jansen van Vuuren continued to gain valuable experience in her Under 17 age category. She managed to qualify for the semi-finals which is a good marker for her going into the Under 18 age group next year.

The team boats from Team South Africa gave everyone reasons to get excited in that both K4 crews, the boys and girls, qualified for the semi-finals having never raced together before. 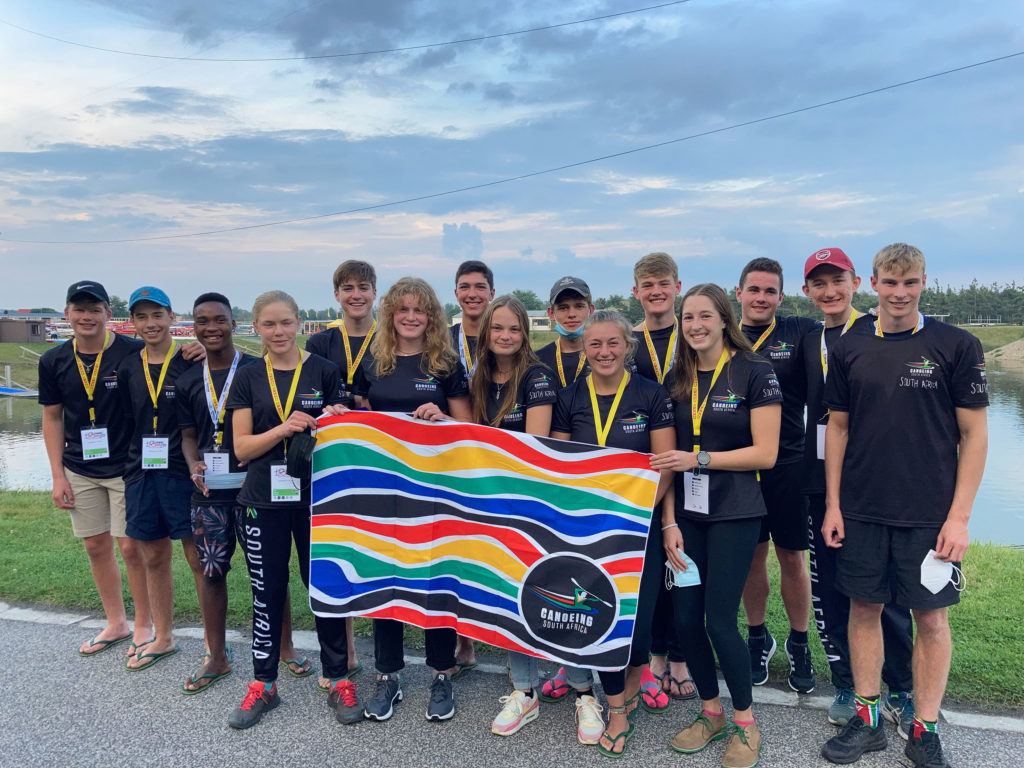 Given their lack of experience both internationally and together the boats got better and better the more they competed together which President of Canoeing South Africa Kim Pople is encouraged by.

“We’ve mentioned our focus on team boat racing and to see these young paddlers with little to no international experience grow as quickly as they did is exciting,” Pople said.

“There is a lot of hard work to do but we are happy that these young stars had the opportunity to gauge where they are against the strongest sprint paddlers in their age groups.

“We hope that this taste of international competition will ignite that long-term passion for the discipline going forward to next year’s Junior & Under 23 World Championships.”