Birkett had to fight to stay in contention during the early part of the race, bouncing back from an unusually poor portage to put himself in the ideal position for the end-sprint involving five athletes. 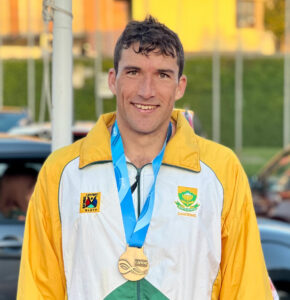 Birkett, who also won the gold medal at the World Games in the USA earlier in the year, produced the raw speed needed to streak past local hero Jose Ramalho and Danish defending world champion Mads Pedersen.

“There is so much depth and the level of racing is so strong,” said Birkett afterwards.

“The whole way I was just trying to stay in contact and I thought that a podium would have been amazing. I thought I would even settle for fifth!” he said.

“It was a complete surprise,” said the East London based star, who won his first marathon world title in Portugal in 2018. “I was in the right place coming into the end sprint, and I think I surprised myself!”

Birkett said that he was pleased to be able to manage the set-backs he encountered on the race.

“Everybody goes through stages in the race when they are not feeling great and you make small mistakes. That’s marathon racing and you just have to try and catch up.

“Mads (Pedersen) had a swim today so things can happen to anyone. Luckily I could recover from my first portage, which was pretty bad

Birkett and his team mate Hamish Lovemore were central to a six boat bunch at the front of eight lap 29,8 kilometre race. 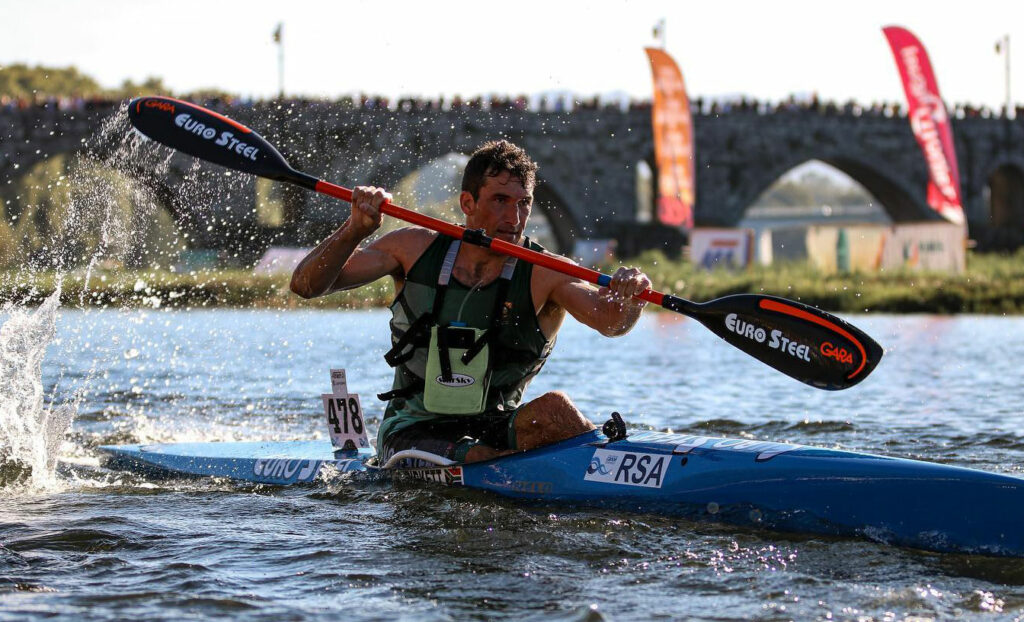 Despite having won the Under 23 world title twenty four hours before Lovemore shook the senior men’s race with his impressive challenges and only faded on the final lap to finish fifth.

Nikki Birkett mounted the solitary charge in the women’s K1 race that was dominated by the trio of Swede Melina Andersson, Great Britain’s Sam Rees Clark and Hungarian Vanda Kizsli.

Birkett withdrew on the first portage with cramp in her forearms and a shifting footplate troubling her, as Kizsli edged out Andersson to claim the world title.